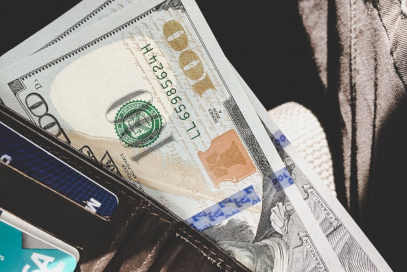 The pigeon drop scheme uses a little friendliness, mixes in some trust,adds a promise of a large sum of money. The victim gives a small amount as a good faith security deposit, In the expectation of a big return.But what really happens is the scammers make off with the good faith money, and the victim is left with nothing. It is an old con game known as the pigeon drop scheme.

How Does the Pigeon Drop Scheme Work

It involves the victim or pigeon, a stranger who becomes a new friend, and a stranger(the accomplice) who ‘finds” something of value to be used as the bait. As the first stranger and the pigeon exchange friendly conversation, a second stranger interrupts. He asks if they dropped anything and shows something valuable that he found on the ground.It is usually an envelope, wallet or bag full of money. Paper money is the easiest to use and you will see why.

The 3-Way Split Is the Hook

After the envelope or wallet is spotted, the stranger opens it up and makes sure the pigeon sees the wad of money. The whole idea is to get the victim to think he is going to get a lot of money.

What happens next is the three agree on splitting the money. Once they decide that they are all getting some of the money, the stranger offers to call the authorities. He makes a switch of a bag or envelope that has nothing of value, and hands the worthless prize to the pigeon.Now, of course he declares how does he know the other two won’t run away while he is gone.

The Good Faith Payment Is The Scam

Now, the friend, who is the accomplice, offers to give the stranger a small sum of money to insure he won’t run off with the money. Then he asks the victim to do the same and hand the stranger some money as well, as a show of good faith. Since the pigeon thinks he holds the valuables, he agrees thinking he is going to get something much more valuable.That is of course is the scam.

The Check For Any Reports And The Stranger Leaves

The Scram To Find The Stranger

He then leaves to find the stranger. The pigeon is left alone, and soon wonders where everyone has gone. Finally, it dawns on him, maybe they are not coming back. Then he opens the valuables up and sees it is worthless. At that point he realizes he has been scammed. People are not used to being confused about money, and the thieves are experts at what they do. When the greed factor come into play, and people see a way to get money for nothing, they are easily mislead.

This con game is very old, but still in use today. And it still works. It usually involves trying to scam the elderly because they are the most vulnerable. It is explained in detail here: The Top Senior Citizen Scams.

The Pigeon Drop Scheme In Action

Here is a video of a staged pigeon drop scheme in action.

Why Do People Fall For This Scheme

It seems our brain is programmed to react to this scam for various reasons. Making friends and trusting others feels good to our brains. It is easy to get the brain to follow along.

When humans are presented with friendship, we are programmed to trust people. We all have some of the internal greed that comes out when an opportunity arises. Then, an unexpected possible increase of a lot of value peaks our interest. We are in a circle of agreement, and get caught up with the possible new windfall.

This is an old scam, but in order to educate people about the scams out there, the old as well as the latest need to be reviewed.

This scam has many variations. One such variation involved a man saying he wanted to donate a large sum of money to charity. The victim was shown a bag of money, and told it was $100,000 dollars. He was instructed to invest $10,000 of his own money and he could keep $20,000 of the real money, and donate the rest to charity. He handed the $10,000 over and never saw the $100,000 or his money again.

A scam in  Brooklyn, NY, involved a woman who was conned by two other women. They offered to share their bag of riches for an upfront fee. The woman handed over $50,000 in cash and another $16,000 in jewels. 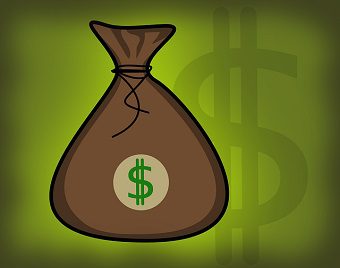 As the women left they handed here a bag, and told her not to open it until tomorrow. She opened the bag later that day, and found it full of newspaper.

A woman was approached by a man claiming to be an African refugee. He told her he had inherited $150,000 and couldn’t take it home to Africa or he would be killed. He told her she could have it all if she put up $10,000. After the exchange she discovered all she got was paper.

Claiming that a wallet he found had a large amount of cash in it, a man and his woman accomplice convinced the woman victim to give them $42,000. They drove the woman to a bank. She was told her the bank valued the contents at $50,000 for each bill.They then talked her into buying the bills for $42,000.

She believed the story and handed over the money in loans from 5 different banks.

There is a promise of the exchange in a few minutes at one of the banks.The meeting will take place there. When they drive to the bank, it is closed. The accomplice gets out of the car and walks away.

The banks told the woman she will have to pay all the loans back.

These people got caught up in the promise of something for nothing, and a team that was working them over. We think how could they be so dumb? But, they are at the hands of experts at scamming people. When you understand how the human mind works, you can push the right buttons. In a group we get comfort from others who think the way we do.

It is the same story, if it sounds too good to be true…it always is.

I love to hear your comments. Leave any questions below.