Scams Target Business E-mails and have been for quite some time, decades even. The FBI IC3 division, known as Internet Crime Complaint Center has been warning since October of 2013 and they remain active. Two years later, in August of 2015 they reported an update for one of the scams, called Business E-mail Compromise scam, also known as(BEC) and offered new information for it and how scams target business emails worldwide. 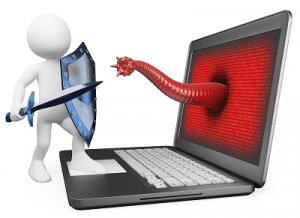 By stealing legitimate accounts, and switching them with bogus accounts, set up by the crooks, they trick businesses into transferring funds into the fake accounts.

The fraud has been reported using checks as well. This is done by keying on whatever is used in the normal course of transactions.

Over A Billion Dollars Lost From Scams That Target Business Emails

The scam continues to grow and is now reported in all 50 states in the US and 79 countries, with most transfers going to Asian banks in China and Hong

The BEC losses including attempted losses worldwide from October 2013 to August 2010 now total over $1.2 billion.

Internet scams and frauds are targeting banks and business e-mails all over the world.

It starts as a phishing scam from a seeming legitimate source, but it contains malware. Whenever the email is opened it infects the computer and allows access to all the financial data and passwords.

Once this happens, it is the same as an attack on your personal computer at home, or identity theft of the business accounts.

Initially 3 versions of the BEC were being used. Now a fourth version has appeared. People claiming to be lawyers, or financial representatives, contact the victims.

Then, they begin to pressure them into acting quickly and secretly with these so called confidential and sensitive matters.

By timing the transactions with the close of business of the institutions, they portray a sense of urgency.

By doing this they can get the victims to act quickly and likely bypassing the normal security checks.

The scam has caused institutions to delay the requests for transfers in order to verify the transactions first. By doing this it has resulted in some detection. Other recommendations for businesses are:

Additional information is publicly available on the United States Department of Justice website.

If You Suspect Fraud

It Is Important To Identify Your Complaint As BEC Crime

The key is to report any activity quickly. This ensures investigations start as soon as possible and keep the data fresh.

Find out how to avoid scams and frauds with my #1 recommendation.

Learn How You Can Live Your Dream and Work at Home