Strawman and redemption frauds are referring to the Strawman theory (Also called the Strawman illusion). According to the Redemption movement[1] the strawman is also a separate persona of each citizen. This persona includes a secret reclaimable personal account, held in your name by the U.S.government.People who owe a large amount of taxes, and want to try to escape payment, often try to use the strawman and redemption frauds tactics.

It is a pseudolegal theory that is based upon a vague conceptual argument, that every person has two personas, one as real flesh and blood human being, and the other as a separate legal entity (supposedly written in capital letters,) who is the strawman.

The Government Produced A Copy Of Us

It is an exact copy of yourself, but not real. The strawman redemption frauds claim

the government has sold your Birth Certificate for various sums from $630,000 to over a million dollars. 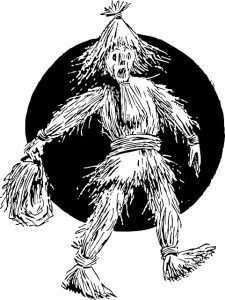 The government purportedly has the money stashed in a secret account in your name, and you can access and write checks upon it, using various legal documents.

This sounds ridiculous, and it is! The U.S. government has declared it is not a legal argument.

The Strawman Owes the Money

In various movements such  as sovereign citizen, tax protestor, freeman on the land, the redemption movement and various “get out of debt free” scams, this (strawman) argument is chosen for a defense tactic.

The strawman, being the legal persona, is then responsible for all the individuals debts, liabilities, taxes and legal responsibilities, and the physical individual can not be held accountable.

Thus the individual is conveniently allowed to escape their debts and responsibilities, because the legal persona is the strawman and is not a real person. So, this strawman, became a patsy for the get out of debt free scams.

He could owe anyone, and therefore escaping and denying debt, liabilities and legal responsibilities. It gave tax protesters and commercial redemption a pseudolegal theory to present as logic to escape payments. And Strawman and Redemption Frauds were born.

The Illusion is Created at Birth 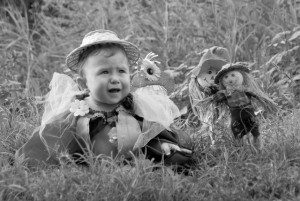 The strawman is supposedly created at the moment we are born, when our birth certificate is created. This then allows the government to be able to have complete control over you.

The argument is that this is an illusion created to enslave you at birth. This allows the government  to tax your labor energy.

If no man is to be a slave to another, then you cannot be made a slave, by a government created by man.

This Birth Certificate creates the fictional legal “you” that you will have to defend the rest of your life. This is the separate legal person referred to as your strawman. The name is said to be printed in capital letters.

This dates back to ancient Rome and the latin term capitis deminutio, which was interpreted to mean all capitals. Thus, the reason behind a name being in all capital letters . Back then, in Roman times, Latin actually was written entirely in capital letters only.

The FBI Common Fraud Schemes page reports that scammers will claim the U.S. Treasury Department holds bank accounts called “U.S. Treasury Direct Accounts” for all U.S. Citizens that can be accessed by filing the proper paperwork.

Using some of the various discredited legal theories discussed above, many refer to the scams as “Strawman,” or  “Redemption,” or “Acceptance for Value,” are tried each year and quickly denied by the U.S. Treasury.

There are websites that sell “kits” or offer trainers to teach how to apply for these fictitious accounts and receive refunds. They use reports that show people have had success in discharging debts used in buying new cars and homes.

After the purchase, they are told to use the strawman or redemption approach to attempt to discharge the debt. When people fail to get refunds, the scammers blame the individuals for not filing correctly or timely. 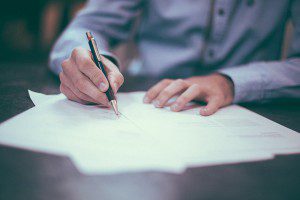 The fraudulent documents used are made to appear legitimate.

They are often referred to as “bills of exchange,” “promissory bonds,” “indemnity bonds,” “offset bonds,” “sight drafts,” or “comptrollers warrants.”

The scammers mix in legal jargon and often use notaries to make the documents appear legitimate. The victims are then told to send the paperwork to the U.S. Treasury, and they are quick to deny all of them as being frivolous.

The Redemption Movement is another pseudolegal conspiracy theory[1] and fraud scheme. It uses similar methods as the  sovereign citizen[1] ideals and the gold standard[1] being abolished. It involves America changing from the gold standard to fiat currency.

The claim is by pledging the American citizens as collateral, America could borrow money to support the fiat currency. Others claim it happened when the Federal Reserve System [1]was established.

The theory is that for every U.S. citizen and each Birth Certificate issued since the 1936 Social Security Act, the government deposited $630,000 into secret accounts assigned to each citizen.

People who have tried to use this theory have been convicted of conspiracy and fraud. The FBI sees the people who are trainers, instructors and promoters of Redemption scams as fraudsters. The IRS includes the strawman claims as frivolous filings of tax returns and could result in a $5,000 penalty.

People who claim that they are sovereign citizens, are considering themselves as freemen on the land and do not answer to any laws because they did not consent to being citizens. Therefore they declare themselves independent of any government, and only follow what they believe to be true law.

Freemen are considered sovereign citizen offshoots and domestic terrorists by the FBI. It was estimated that in 2010 approximately 100,000 Americans were hard-core sovereign believers with another 200,000 just starting out testing the laws using sovereign methods. Law enforcement agencies across the country believe this sovereign movement is one of the single greatest threat to their communities.

Sovereign citizens have been challenged in court for not being subject to various laws. They have been rejected, especially in tax laws. The court cases have returned verdicts of frivolous and have fined the people who have tried to use the argument.

This whole theory is fascinating reading but, makes no sense. Absurdly, even though it does not make sense, it offers a unique perspective created by the human mind.

This is a kind of magical thinking that the true believers expect to be able to bring to the courtroom. They expect the judge to buy this “land of oz” reality, and his eyes glaze over and say you are free to go. It does not happen.

We all know, that you are responsible for your own actions, and you cannot claim your mythical strawman is to blame for your actions.

How would you claim title to your possessions if your strawman has the title? Doesn’t everything belong to him, and therefore everything you worked and paid for belongs to him, not you?

Governments Use Absurd Thinking and Confusion

The problem with the government is they use the same tactics whenever is becomes necessary to refute some truth. I call it the confusion theory, and of course I just made that up.

If you cause enough confusion, then people will throw up their hands in disgust and walk away. People will give in because it’s an impossible waste of time to disagree with the nonsense.

Every year I hear people ask for an audit of the Federal Reserve Bank, but it never happens, why? Government pensions did not increase simply because the government reported that there was no inflation. The increase in working class bills proved otherwise. Company CEO’s making 14 million a year got a raise for performance. The same companies got a tax break from the government for the cost of paying the raise.

Just a few short years ago, the rich, even if they make 100 million, got a 20% tax rate. However, the middle class continued to pay 38% tax rate.  This brought the economy to it’s knees, and crashed the financial markets worldwide. Nobody called it absurd thinking. But, it truly was! Sadly, it was made legal law of the land.

The truth is, we are enslaved to a system that is totally broken. Everybody knows it. We did lose our Sovereignty, (We the People) gave our government immunity. When we make a loan for something, we give up our freedom, because we have to work to pay for the loan. When we take a job, we give up our freedom. We don’t have to work,(we could beg) but we need money to buy things we don’t really need.

This is why the strawman, and redemption theory is so persuasive. Because it is a plausible idea conceived by man. However, our government has the power to say this is nonsense and imaginary dribble. Yet, they use the same imaginary dribble themselves, whenever the need arises.  I call it the confusion theory.

If you have any comments or questions please leave them below. If you want to learn more about spotting scams and how to avoid them, or how to start the business you have been dreaming about, then take a look at my #1 Recommendation and see how it is possible, to start your own business, work when you want, and live the life you have dreamed of living.

Don’t Wait, Do it NOW…Start a New Life For YOU!

4 thoughts on “Strawman and Redemption Frauds”