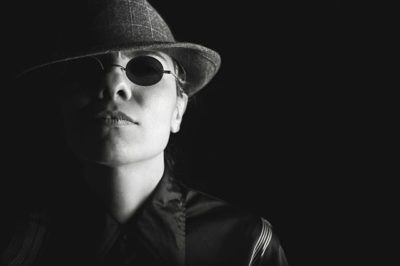 Worst online scams all to often involve the people who can least afford it. Scammers use utilities, the IRS, and even internet providers to make scams appear legitimate.

People seeing these images that appear to be the ISP that they are using, and think the scams are real. People are scammed by these everyday, all over the world, and that makes these the worst online scams.

I fell for a similar scam a few years back, that involved a pop-up ad to speed up my computer. The ad looked quite impressive and made some great claims.It displayed a speed dial with a needle moving back and forth.It made you think of a fast race car, and a lightning fast responsive website! Since I was having issues with a slow computer, I though I would take a look.

The ad forces you through several pages, and make you believe they are selling a one time fee to purchase software. It could not have been further from the truth. Thinking I was purchasing a legitimate software,I filled out my name, email and phone number, which I felt was a bit unusual.

My gut feeling was telling me that something was wrong. But,I was more interested in getting my computer fixed, so I gave the information.

When I read the fine print, I actually saw what I was getting involved in. I found out soon enough. The fee for this was a reoccurring monthly fee, and cost $30 every month! I immediately canceled.

As it turns out,  because they had my phone number, they called me back and duped me into believing that it was Microsoft. I believed that my computer had major issues and was about to crash. They asked me to allow them to fix the problem by allowing them access. I had no clue this was the same ad…yet!

You can also get into trouble looking for ways to make money online. Many scams will try to dupe you into believing the have the next best way to make money. I know I was duped the same way.

Before you fall for one more scam trying to make money, learn the proper and safe way to do it. You won’t need a credit card, because this is not a scam. This is My #1 Recommendation below, check it out!

The Worst Online Scams Do Not Allow Access to Your Computer

Thinking they were legitimate I allowed them access. Suddenly they were into my computer files actually turning things off. I immediately stopped them by shutting the remote program down, and hanging up the phone.

But, it was too late, they had turned off some access of my computer. They then called back saying that I needed to buy their monthly program, and they were shutting down files because I was refusing to purchase it? It was then that a horrible helpless feeling came over me. This was that ad I clicked on offering to speed up my computer!

Do Not Give Your Phone Number

Since I had given my phone number, they could now continue to call me and continue to harass me and kept calling back. It was awful. I began to panic.

I kept wondering if they had a way now to access all my personal information from my computer. Not knowing what to do, I decided to call Microsoft and see if they could help me. I was determined to report these creeps if nothing else.

Learn to do a Screen Capture

Immediately, I did a screen capture of the chat session that was on my screen . I 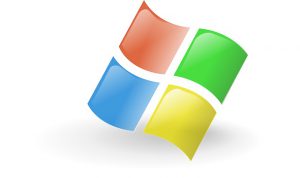 was glad I did! Then I sent that to the Microsoft technician later to be evaluated. It clearly showed a website address at the bottom of my screen that could possibly be traced. Hopefully, I was able to shut them down and lead to their arrest.

But, meanwhile it unfortunately cost me $100 to have the technician restore the functions back onto my computer. I don’t know if they ever caught the culprits, I sure hope so! One thing for sure is, Microsoft will not call you and tell you of a problem

Your ISP Could be Used Against You

I brought that story up, because I just read about other scams that are the same type of scam. It is believable because these crooks use your personal information to create credibility. The BBC news reports one such story:

Scams Using Your ISP where the ISP provider is displayed for the victim and a similar reference this time to a ISP technician is used. If it is your own ISP logo or letterhead from billing displayed, it is easy for me to understand how believable this may be.

You Don’t Even Know You Are Being Targeted

But the methods they are using now, are done unknown to us . A form of malware is inserted into ads that are displayed in sites that are visited. You don’t even need to click on the ad, and it is reading and storing the data on your computer. This is how it learns who is your ISP, and uses the information to scam you.

They are sometimes also using a pop-up display, which is very effective in the deception. These are not new, but they are so cleverly deceptive, it is hard not to fall for it!

I have been a victim of pop-ups that also have demanded payment of $300 or it would destroy the computer. I simply refused to pay, and sure enough, it destroyed my computer!

At that time a nasty malware called CryptoLocker ,was going around, I don’t know for sure if it was or wasn’t the actual CryptoLocker, but I lost my computer. I could have been a type of generic version, but it was effective none the less.

Use Malware Protection Against The Worst Online Scams

These malwares and viruses are called ransom ware. I shrugged it off, and 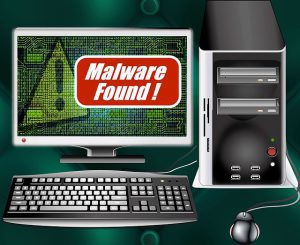 continued to use my computer. Slowly but surely over a few days, the computer got slower and functions started to disappear.

I thought I could just use the system restore, but the virus had already disabled it. I was powerless to stop it as it completely ravaged my hard-drive and rendered my computer useless.

Everyone must refuse to be intimidated by this type of attack. I feel I would rather buy a new computer, than basically pay ransom. One reason is what would stop them from scamming you again and again? These scams are being used everyday to extort money in every possible way imaginable.

Small business owners are contacted by phone and told they owe a large amount on their electric bills. Then told they have to make the payment immediately, in gift cards over the internet.

It is when the crook has information of how much you owe or your account number, that makes these cases seem credible. Crooks are clever and know how to get the information containing the business account number and when payments are made. This information is exactly what is found in the trash, and used against you! Always shred anything that has account information on it before throwing it into the trash.

Do Not Make Any Cash Payments Using Gift Cards

I have my ISP constantly emailing alerts and reminders that they do not ask for personal information or demand payments by cash, or gift cards of any kind. My ISP is constantly reminding me  that anyone who does this is phishing and not a representative of their company.

The IRS  Taxes Owed is a Common Scam

The IRS is a common use of this type of ransom email every year around tax time. Scammers try to convince people that they owe back taxes and must pay immediately. Do Not! The IRS doesn’t demand payment immediately as well. You will receive a regular letter from the post office about any taxes owed first, they do not send emails demanding payment.

Scammers know that any salesman wants to get you saying yes. They offer free gifts, and use persistence with repeated phone calls, make you believe they are your friend. Scammers want to gain your trust, then pressure you into buying quickly, before you can think it over. Using phrases like “act now before it’s too late”, we think it’s too good a deal to pass up!. .They play on our emotions and make us believe the scam is real.

Don’t be fooled, ask someone else what they think. Ask a friend or relative about this great deal. Get advice before you agree to anything. It’s hard, because they use carefully scripted phrases, and techniques that they know people tend to respond too. Think it over carefully, use common sense, and always remember, If it sounds too goo to be true, it is!

If you want to learn more about scams and start a legitimate business of your own, they check out my #1 Recommendation. Their basic package free for as long as you like, and includes two free websites.

If you have any questions, leave your name below and I will get back to  you ASAP.