Internet scams and frauds are being reported by International banks all over the world.India has been reporting crimes of ATM, Debit and Credit Cards, and e-mail scams being used as Internet Banking Frauds as well.

People are claiming to be Company Representatives, or Customer Service Executives and personal.

These impostors are then calling and asking for detailed financial information or banking details, then draining their accounts.

In Agra,99% of the crimes in that region came from one area, the Naxalite-affected areas of Jharkhand. Arrests are difficult and must involve police co-operation from other states. 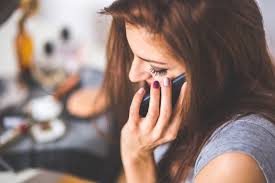 This information is used to open online wallet accounts. After all, they have received account numbers, and expiration dates. So, It is now a simple task.

Police have asked banks to educate people and call police if they receive calls from their banks.

When it comes to international fraud cases, Brazil is near the top in the sheer 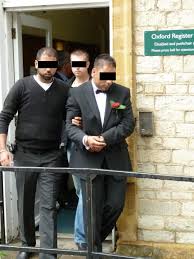 The boleto is unique bar code system used in Brazil that the crooks have figured out how to manipulate. They have done this to the tune of 3.75 Billion dollars.

The recent hack of credit cards from home depot, has resulted  in tens of thousands of fraudulent credit and debit card charges from Brazil.

The bad guys had figured out how to make the charges on chip-enabled cards from Mastercard and Visa, before the companies had even sent their customers chip enabled cards!

In most cases the banks are usually responsible for these charges, but when it is a breach of a large account like Home Depot, they can recoup some of the losses.

However, when it involves EVM secured chip enabled cards, the banks are held responsible. Even if they involve a security breech, or fraud, the banks are liable These chip cards are thought to be harder to counterfeit.

The unique trait these new cards have is transaction counters embedded into the chip, that are supposed to catch unauthorized charges.

How did old cards with a magnetic strip show up as chip purchases when those cards didn’t even exist yet? Mastercard and Visa are not commenting.

It appears the problem is with banks who have not implemented the code to read those chip cards. Some would just let the cards through because they didn’t have the code properly implemented. So why is Brazil such a problem?

They have not put many laws into place that have any teeth. Cyber Crime is not heavily penalized. It carries light fines and house arrest, so it is a very lucrative crime in Brazil. No laws cover the protection of personal data. It is sold to illegitimate companies as well as legitimate ones.

No laws expect  be passed for at least 5 years. Any online fraud protection with any stiff penalties is years away. As a result, Brazil will continue to be a hot spot for the online internet fraud worldwide for quite some time.

Additional information is publicly available on the United States Department of Justice website.

If you have any questions, please leave your comment below.

Want to Start Your Own Business for Free?

Check Out  My #1 Recommendation