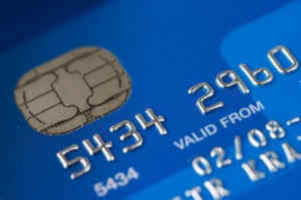 Internet scams fraud with the EMV secure chip credit cards is supposed to be very unlikely. I mean isn’t that the whole point of the “new protected credit cards”? So what does EMV stand for? EMV stands for Europay, MasterCard, and Visa.

With all the talk about these new EMV secure chip credit cards being involved in internet scams fraud, are they ever going to be useful to us?

Will they be as safe as everyone thinks they will be? I know I for one am skeptical of all this new high tech stuff. It just seem the new and improved versions are harder and take a lot more time for me to use.

And what is so great about them anyway? They will hold a ton more information. If they are so much more secure, why are they involved in new internet scams fraud?

I don’t know that I am comfortable with more information about me being exposed. If someone gets the information, who knows what’s is done with it? And EMV chips store even more data than the RFID.

Everywhere you look people use our information to target us with more and more ads. Now it is specific to our wants and desires, based upon what we do and specifically buy.

It is my understanding that the new cards make it harder for the crook to turn the data into cash. However nothing convinces me that anything is safeguarding the data contained on the card about each of us. 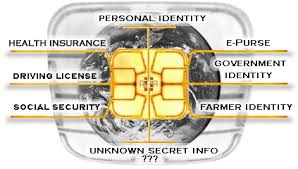 This is simply a smarter chip that the Radio Frequency Identification Technology ID chips used on the clothing we buy. Where do we like to eat, and what car do we drive?

How much money do we spend? What do we do for pleasure, and entertainment. It’s all stored somewhere, all those previous transactions, and locations.

And if these new cards can store more, just what are they able to tell the card readers anyway? How much of an intrusion into our personal lives is this technology? Where will this all end?

In October 1, 2015, liability for credit card fraud was passed to the retailer and the 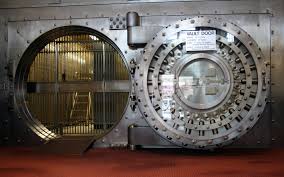 bank that issues the cards, and not from the major U.S. card issuers, MasterCard, Visa, Discover and American Express.

If either one, did not make the switch to the new EMV chip credit cards, or were determined to be the least EMV compliant of the bank or retailer, they would be liable for any fraudulent transaction.

In other words the credit card companies were no longer liable. These new cards are supposed to be the best bet against internet scams fraud and retail theft. Why?

Magnetic Strips: Are They The Problem?

In fact it can be done in a few seconds. But, this is not possible with the new EMV chip card. Each transaction is coded and the information can only be used one time. The information can’t be used again, to re-code another card, because the coding is unique to each transaction. Then why are they being involved in internet scams fraud?

It is simply because the retailers have not invested in the new reader technology that makes it possible to read the EMV chip, and incorporate the use of it’s unique coding ability.

Most of the new cards still maintain the magnetic strip on the back, making it simple to make duplicate or fraudulent cards that are likely to be accepted by merchants who have not yet upgraded to EVM chip technology.

But in the end, the crooks are just going somewhere else. In every country where this secure EVM chip technology has been accepted, internet scams fraud has increased. However the card is harder for crooks to duplicate.

Right now the compliance is voluntary, mostly because the total cost to

replace the standard terminals with EMV readers is estimated at 8.6 billion dollars.

But, what if the transaction is not face to face? Maybe it’s online where numbers are exchanged and no chip is read?

The new regulations are for banks to include a pin system that will include letters as well as numbers. It is unlikely you will need the new pin, because the newer technology is necessary for the newer pin and chip cards. So, for now it will be the basic swipe/dip and a signature.

You Tap and Hold, Not Swipe

What does it mean to dip your card? The new EVM chip has so much more information it takes longer to be read. It will  require placing it into or against the card reader and hold it until you get an approval. You won’t be able to just tap the chip card you have to most likely insert the card.

The U.S. is the last holdout for the magnetic strip credit cards. If you plan travel internationally, you may not be able to use the magnetic strip card as merchants may not trust them. However if you have a chip on the card, it has a better possibility of being accepted, because most of the world has converted to EVM chip cards.

Even with the deadline passed in October 2015, the change is still a bit away from being complete. An estimate puts only about 25% compliance in the U.S. This is estimated is by the end of 2015. Hopefully, it will be around 96% by the end of 2017. It will take awhile, but it appears the magnetic strip is going the down the same path as the buggy whip.

If you have any comments or questions please leave them below.

If you want to learn more about spotting scams and how to avoid them, or how to start the business you have been dreaming about, then take a look at my #1 Recommendation and see how it is possible, to start your own business, work when you want, and live the life you have dreamed of living.