Many apps ask for permission to get your personal information as a right for you to use the app.Some claim they need the access to function properly, but the truth is, they simply want to collect your personal data.

Why Do People Give Permission to Access Their Data

It is a fact that if you want to use the app, you have no choice but to give permission to get the app to load. Clearly we should give more thought to what the permission is asking for. Read my previous article Identity Theft and Protection Review for some great ideas on protecting your personal information.

Apps Force You to Agree 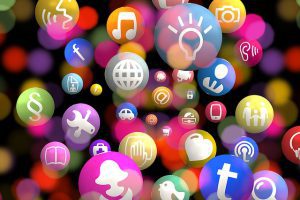 People get into a hurry, and give permission for apps to get personal information simply so they can get on with their lives. The permissions are just not read by users who install the apps.

Also, the user doesn’t understand where all the data is going and who is seeing all their personal information. How do we know if it is safely stored and how are they going to use it? This is one thing they do not tell us period.

Nobody Tells us How Bad This Really is

A good example is the presidential race, where apps are used for gaining much more information than they really need. The Donald Trump app targeted the address book collecting names of people who never knew they were involved with the campaign.

The Trump App Stole Your Addresses

When these apps ask for permission 3, 4 or 5 times, people just give permission out of frustration. It was a dirty trick, but isn’t that the norm in politics?

How Mobile Apps Make Money on Your Data

Even more disturbing is apps that also collect data even when the device is turned off.And then there has been the ongoing reports by Forbes magazine of the Russians hacking the democratic emails. Here is the Forbes article “DNC Launches Fresh Hack Probe As Russia Continues To Take Blame” detailing what is known about the hacking of the Democratic National Committee(DNC) emails.

Originally the claim was that no personal data had been compromised. But when Wikileaks published the emails, many contributors information was revealed. It included personal financial data and social security numbers as well.

A very popular messaging app that is exploited for compromising security on mobile devices is Whatsapp. Whatsapp is owned by Facebook and came under attack by another(non-public offering) app called Catchapp. This app exploites vulnerabilities in the Whatsapp to hack personal information.

With documents that dated back to 2013, Catchapp was claiming the ability to capture emails and chats thru the Whatsapp. They claim they are capable of attacking from close proximity, within a backpack for example. And this app isn’t asking for permission.

Facebook has been working on encrypting their Whatsapp since 2014 when they bought the company, but the latest update program wasn’t introduced until April of this year. Back in August the mobile messaging service announced they would be giving users phone numbers to Facebook for ad targeting.

But Germany has ordered Facebook NOT to collect information from it’s subsidiary Whatsappp messaging service. Privacy concerns are cited as the reason. Privacy protection advocates are hoping the Federal Trade Commission (FTC) will pursue Facebook for unfair and deceptive trade practices.

Earlier this year when Facebook announced they were going to encrypt messages end-to-end, the FTC made it clear that they must honor privacy promises to their customers.

Text messages were encrypted in 2014, but now chats,group chats and voicemail’s are also covered. With a reported one billion users now, this was an important step in securing mobile messaging. Now, you get a warning if somebody you are chatting with is authentic or an imposter.

Apple and the FBI

Encryption is important to everyone, individuals as well as law enforcement. In fact it was the major discussion the FBI had with Apple’s Tim Cook.

The FBI wanted a backdoor to allow the Law Enforcement Agencies to bypass Apple’s encryption security.

Tim Cook refused to defeat the security layer they had worked so hard to develop.In the end the government agencies found another way to access the data they needed.

Wintego, a company who are the developers of the Catchapp software, claim to have the ability to hack any mobile software anywhere in the world. They claim it can be delivered from a backpack, and obtain all logins and data held within the device.

Who is Wintego? It is an Israli based company that supplies the tactical interception intelligence to law enforcement agencies and governments. The governments and law enforcement then use this information to thwart and intercept terrorist groups and other criminal activity.

Is the Cloud Safe

What about the cloud? Is the cloud safe to store our information? “No, your data isn’t secure in the cloud” claims Lucas Mearian, Senior Reporter at Computer World, writes in his 2013 article. They claim if the U.S. Government legally demands encryption keys, then companies operating the cloud have no choice but to give them access to the information.

Ok, legally even the Government has to show good cause before your information is released.However a hacker, would much rather go after a complete file storage system, than target one single private account.For that reason alone, the possibility is there and you could have your data stolen from a cloud network.

It would be much harder to get past the encryption and security in the cloud, than to have your own computer compromised by malware sending your information somewhere. And backing up data to a cloud storage could save your butt from a ransomware attack.

But you need to remember, that when we send information anywhere, others can see your data. If is data you are not worried about then it doesn’t really matter. But if you are storing highly personal data, that you don’t want others to see, then use your own personal storage devices separate from your personal PC or mobile device.

Can You Prevent Your Information From Being Stolen

Anyone who uses the internet, or mobile phone can’t stop every piece of their information from getting out.The internet browsers Google Chrome and Firefox grab our data and store it to use themselves or sell it.

But who they sell it too is the real problem.This is why these apps are free to use. You should be careful what apps you use and where you got them from and actually read all those permissions you are giving away! Free is not really free, their is a price to pay in the end.

Some apps are nasty and will install malware and spyware into our phones. So, how do you keep your phone safe? There is a free tool available from the Google App Store by Marble Security called PrivacyHawk that scans you device and checks your apps. It then tells you if you have a dangerous app or not.

I was also shocked to learn what flashlight apps are capable of doing according to Gary Miliefsky, CEO of SnoopWall LLC.  SnoopWall, the world’s first “counterveillance” company, says “Flashlight apps are doing much more than just helping you see in the dark! They are stealing data and transmitting it to other countries.”

The article by Michael Higham in Civil Rights Oct 1, 2014 titled How Your Phone’s Flashlight App is Stealing Your Data, details the problems. I think this is creepy.

The following is a list of information that Gary says just one app called Super-Bright LED Flashlight is capable of doing:

All this just from using your flashlight! Apps are created to steal your data! And not just work as a flashlight! Another company, GoldenShores Technologies, was sued for their use of a free flashlight app by the FTC. However, all they did in response was create a 5 page privacy policy that tells you they are going to steal your data. This satisfied the FTC!

Protect Your Data From Being Stolen – Use Long and Random Passwords

Fewer than half mobile phone users lock their phone with a password or pin, but near 85% are concerned about identity theft. Should your phone be lost or stolen, this is the best way to deter your information from being stolen.

The one most important thing is to use long and random passwords. Don’t use easy to guess things like birthdays and phone numbers. Change them frequently and don’t use the same one twice. This seems to lead to having to write them down someplace.

Keep passwords in a secure location away from your computer. It may seem unsafe to keep passwords written down, but chances are your threat will come from online hackers. So, changing them will require some documentation offline to remember them.

If you store your information on several accounts, it is less likely you will have everything compromised. Secure another hard copy of you own for very important data.

Chances are you heard about this app from someone you know. Ask them about it, or use a program such as PrivacyHawk to scan them. Just be aware that they gather private data, such as names, addresses and anything that can be used or sold to others.

I would like to hear what apps you like and recommend to others. If you have any questions or comments, please leave them below

Would You Like a Scam Free business? Check out the link below.