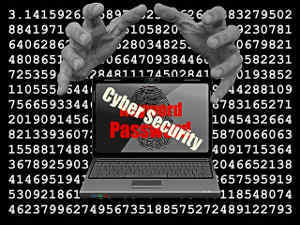 The code contained a specific footprint. That footprint helped identify where the attack originated and who was behind it. A group called the Shadow Brokers stole files last April from the National Security Administration (NSA). Then, they posted them on the internet. Previous evidence links this group indirectly with North Korea.

The stolen software was the “EternalBlue” exploit. Eternal Blue was a US government cyber weapon. It exploited software flaws in Microsoft Windows. Using this software enabled the “Wanna Cry” attack to spread quickly.

The statement issued by the FBI on May 13, 2017 describes the attack as a widespread ransomware campaign. It affected tens of thousands of computers in 99 countries. These countries included the United States, United Kingdom, Spain, Russia Taiwan, France and Japan.

On May 12th shortly after 9:30 am, the MalwareHunterTeam spotted a malware. In roughly 4 hours it started invading Britain’s healthcare services.

The speed at which this attack moved has been one of Apples concerns. Tim Cook expressed concerns about the government having access to their platform.

It started when the FBI wanted Apple to allow them to access their operating system. Tim Cooks refusal to help the FBI.  He clearly cites concern that every time the government is allowed to hack software, it always falls into the hands of the bad actors.

Microsoft Blames The US Government

Microsoft has blamed the attack on the NSA for developing the EternalBlue exploit. It was the code that the hackers used in creating the Wanna Cry ransomware attack. This exploit uses windows along with a worm to infect computers. Sadly, without the necessity of a user doing anything such as clicking a link.

Microsoft was criticized as well. They stopped updating security to their older software, unless the owners purchased additional updates. It was a type of ransom in itself that caused serious security flaws with many computers.

According to Tass Russian News Agency, Russia reported some attacks on their railways, but claimed it did not affect operations of the trains.

On May 12, 2017 a total 74 countries had reported about 45,000 attacks on Windows operating systems. Hospitals, major companies and government offices were hit the hardest.
Many computer systems were still using older software. And because Microsoft no longer supported the older software, this created a major vulnerability.
Microsoft released updates last month for Windows XP and Windows Server 2003.This was unprecedented for software that was no longer supported.
Some hospitals were forced to shut down operations and redirect emergency victims elsewhere. They were unable to access records or use their computers for treatment. It infected the entire network, and also affected the computers for operating medical devices.

The spread of “Wanna Cry” had been stymied somewhat by a researcher in the UK who discovered a “Kill Switch” for the virus.The British based researcher who goes under under the profile @MalwareTechBlog found a long domain name that the virus was searching for inside the code.
Looking for a way of tracking the virus,he registered the domain name. To his surprise, the code visited the site, and began shutting down. It saved thousands of computers from becoming infected.
The latest reported numbers by Sunday had increased to 230,000 computers affected in at least 150 countries. The rapid spread of the attack was blamed on neglected updates to computer systems. At latest report, the most effective defense is to install the latest updates from Microsoft.
Fears were that a second wave of attacks from the Wanna Cry virus was possible. The wave was expected to hit when workers turned on the computers Monday morning.
However, many systems updated over the weekend, and significantly reduced the severity of the attack.

Usually Ransomware comes in the form of an email with and attachment. Once opened, the virus infects the computer. Unfortunately, the addition of the EternalBlue code infected computers without the normal link clicked.

This normally does not happen if the computer is protected with good security software and updated regularly. The problem lies in older software without the latest updates.

Some older software still being used is no longer updated by Microsoft.This is the reason Microsoft Windows 97, Vista and Windows 8 and 9 got hit hard.This attack also affected US medical devices as well.

When the ransomware becomes active, it encrypts all the data on the hard drive. The encrypted data needs a key to remove the encryption. When the ransom payment was made, a key would be provided. However, there are never any guarantees.

Bitcoins is normally the payment of choice by the scammers, because it is hard to trace. However, in this case the hackers actually made some mistakes that allowed for easier tracking of the Bitcoin payments.

In the case of the Wanna Cry, it was a manual procedure to make payments. It would have been impossible to restore hundreds of thousands of computers in 7 days manually. As a result, payments would not have been paid in time.

The “Wanna Cry” ransom payment amount was .1781 bitcoins, or roughly $300 US. Victims would have to pay to have the files unlocked. After 3 days, it increases in cost to $600.The data would be permanently deleted after 7 days.

Edward Snowden was the former National Security Agency defector. He blamed the attack on the NSA for not preventing it. He credits the leaked NSA “EternalBlue” data last month gave the hackers the tools to create the “WannaCry” attack.
Snowden claims that if the NSA had disclosed the flaw in the Windows software earlier, it would have prevented the attack on hospitals. Responsibility also falls upon the hospitals themselves.
They did not update their software when Microsoft released the update patch in March. Snowden says, “The hospitals would have had years, not months to update the software, if the NSA disclosed the flaw when they first learned about it.”
You can read the whole story here: The “WannaCry” attack

Helpful Hints to Prevent Such Attacks

Where are these attacks coming from? Who is responsible? In February 2017, the Polish media blamed a “notorious group of hackers”  for numerous malware attacks on banks.

One attack in particular was the $81 Million heist of the Central Bank of Bangladesh in early 2016.

The Wanna Cry attack is just one in many ransomware attacks. Cryptowall and Cryptolocker are probably the most well known. Cryptolocker would take away the users ability to operate the computer. The only way to restore the computers function, was payment of a demanded ransom.

I am well aware of that malware, being a victim myself. Anyone refusing to pay ransom had their computer locked. And, the stored data is inaccessible.

It is a helpless and frustrating experience. If I had backed up my data, then I could have wiped the computer clean and reloaded my files. Read my article Internet Scams That Lock Your Computer

But, what do you do if you have important files that you must try to recover?

If you haven’t backed up your files, then FBI recommends paying the ransom! If you have no other choice, what else can you do? They recommend you back up your files first, but if you didn’t…then you can always pay.

There is no guarantee you will get your data back, but maybe you will?

Sixty-one percent of malware samples were linked to the Lazarus Group. They contained Korean PE locality or Korean language. No-one is making any outright claims, but the clues point to North Korea.

Analysts reported that the system the hackers used made it impossible to know who paid the ransom. Apparently,the ransomware was not correctly set up for profit.

Then, what was the real reason for the attack? If it wasn’t money, the purpose could have been simple terrorism. The sole purpose was to ultimately cause as much widespread destruction as possible.

Wanna Cry – The Most Widespread & Contagious Virus Yet

This attack spread quite quickly and infected the largest number of countries and computers to date. Using the “EternalBlue” code enabled the rapid spread of the attack.

It was a self-replicating event that quickly. These recent internet scams caused an alarming amount of worldwide disruption. The only flaw in the wanna cry attack may have been one simple fact. The hackers only knew how to make the “EternalBlue” code work.

When more sophisticated hackers refine the next attack, the world can expect much worse.

This is only one of the recent internet scams. It serves as a wake-up call for us all, we can expect more. Keep your computers protected and back-up data.

It may be a time consuming inconvenience to delete malware. And reloading your data from backup sources, can be a pain. But, that is far better than to lose all of it forever. Paid ransoms are definitely no guarantee you will get your data back.

The hackers involved, received an estimated $100,000 in paid ransoms. Worldwide financial and economic loss estimates exceeded 4 billion in US dollars.

This was not a success for ransom payments. Nonetheless, it certainly raised havoc and caused worldwide damage. It demonstrated just how vulnerable our software systems really are.

Don’t put yourself and your computer or even phone at risk. Update often, and don’t click on any link or pop up ad you don’t recognize.

Learn more about scams in my article Scams and Frauds.

If you have any questions or comments, please leave them below.

Covid 19 has ravaged the world causing the death of tens of thousands compromised family members and tens of millions of people worldwide. Millions of people in the USA have been thrown out of work do to no fault of their own. This has caused workers to rely on temporary state aid, and forced many from their homes. This is how your life can be turned upside down in an instant. It doesn’t have to be that way

This stark reality is why creating your own business is so important now more than ever. Affiliate Marketing is something that cannot be taken away. Online business is thriving because people are shopping online more than ever!

There has never been a better time to cash in on this lucrative business and create your own financial Independence with online marketing.

Be your own boss, start your journey to financial freedom today.

Get Your Free Training And Fire Your Boss Today!

I am Chas, creator and founder of Help For Scams And Frauds. I started affiliate marketing and earning money online in 2015. And I can tell you, anyone can do this. But, in order to build a business the right way you must have the right training and avoid the get rich quick schemes.

Check out my #1 Recommendation For The Best Online Training.