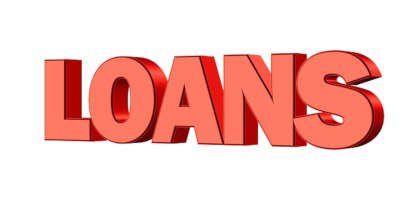 President Obama passed new regulations that would curb the public fleecing by consumer payday loans. The regulation was to take effect on January 16, 2019. It was designed to help stop the poor from being trapped in these predatory Payday loans. However,the Trump Administration decided to suspend the rule indefinitely. Then, on (get the date) announced they had reviewed the regulation and decided it was too restrictive. Therefore it was declared unnecessary to make sure that people had the ability to pay back the consumer payday loans before they approved them. Washington was now protecting Wall Street, and not the people of this country.

Consumer Payday loans are short term loans with outrageous interest rates that gouge the consumers, usually the poorest population who can least afford it. These are designed for people who need cash quickly, and only for a short period of time. So, this interest cost and fees, results in a minimum annual rate close to 400% interest.

These are very high interest loans. Whenever the minimum annual percentage rate for  these loan is close to 400%, they are definitely very bad consumer Payday Loans.

Do the math! Some even use deceptive practices to take advantage of consumers. Read more details in my 14 Day Payday Loans Review.If a borrower continues to refinance this loan, they could see a 3900% interest charge!

How did the Obama Regulations Help the Consumer

Under the Obama administration, a watchdog agency was formed called the Consumer Financial Protection Bureau (CFPB) In an attempt to clamp down on this shady industry, they implemented a rule requiring the lenders to reasonably qualify their customers.

Once they determine the customer had the ability to repay the loan, they would be more likely to avoid defaults and escalating costs and fees. This would save the borrowers from the trap of refinancing over and over, but that is of course how these slimy Payday Loans make their huge profits! So, of course this is the last thing people in the Industry want in the law!

Originally, public interest groups widely supported this rule. It contained provisions and exemptions for smaller loans, that required less than the detailed “ability to pay” determination. It would only require a simple credit check.

The rule also addressed longer term loans of 36% interest or higher. It required the borrowers consent before any monies could be withdrawn from their accounts. And this only applied when the account was in default by two payments. This would limit the lender on attempts to take monies from checking accounts.

A standard notification was also required before any direct withdrawal. This would allow the consumer the opportunity to pay before the funds were withdrawn.

It was originally calculated  these changes would reduce the industry profits by two thirds. But, it would also help to keep this segment of lending industry regulated.

The FTC has protected consumers from these lending predators for quite some time and refunded millions to grateful victims.

$505 million back for payday loan customers

The Trump suspension of the rule by Mick Mulvaney is a complete reversal of the CFPB.

Mulvaney has been known for his war against the consumer, and protecting the lending industry. The whole idea behind the CFPB was for the protection of the consumer.

Now, Mulvaney has opened the door for these thieves to practice their deceit and make gobs of money, while creating suffering for people who can least afford it.

Who Wins – The Payday Lending Industry

The industry was preparing for the rule as it was in place, and their was no real need for it to be removed. Except for the Trump administration to continue the extreme vengeance bent on removing any regulations Obama put in place that offered the slightest help for the consumer.

Sadly, now even these modest protections are being striped away as Mulvaney continues the Trump attack upon the consumer. Most of the problems, happened when borrowers, missed a payment.  Then they just pay the fees and refinance, and they keep repeating this until they rack up a huge debt they can’t ever afford to pay.

Now Mulvaney and his review board has determined that it is too hard on this segment of the lending industry. So they removed all the safeguards that protected the consumer.

Now, if someone can’t save the money to pay it off, they can continue to refinance over and over again. Eventually they may owe double or triple the original amount, in a few months time. If you have a checking account, they can attach the entire amount in your account. They are not concerned how you will pay any other bills.

A Protection Agency For The Thief

Mulvaney is not concerned with the cries of the poor, he wants to line the pockets of the rich. It is all about providing profits for his base supporters, the Payday Lending Industry. 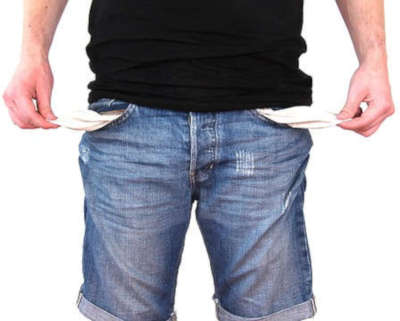 He is revamping the agency, so that it helps more sleazy outfits to take advantage of the poor.This was not the intention of this agency.

It is clear his goals are to dismantle any limits on this fraudulent industry and allow them to continue the attack on the American consumer.

Not surprising, Mulvaney received thousands in contributions from none other than the Payday Lending Industry.

The Effect On The Economy

These outrageous fees and interest rates being charged mostly to the poor, are in effect sucking money out of the economy.The poor, unlike the wealthy, have no choice.

They must spend what meager income they have, just to survive. Paying the bills, buying food, and keeping the older cars on the road, all goes right back into the economy.

However, borrowers caught in these deceptive loans, lose what little money they had to live on. Poor people don’t have extra money to save.

Families suffer, along with the utility companies, the grocer, banks and everywhere the poor man spends his money to survive. Doing away with the regulations designed protect the borrowers is going to make things worse.

The Poor Get Poorer And The Rich Get Filthy Rich

Once Payday Lenders fleece the poor, all that money goes right back into the pockets of the rich and powerful. And each year the Payday Lending Industry, lobbies politicians to remove more and more regulations.

Each year the remaining regulations let the financial industry get their hands deeper and deeper into all our pockets.The poor get poorer, and when they can’t pay their huge debt, 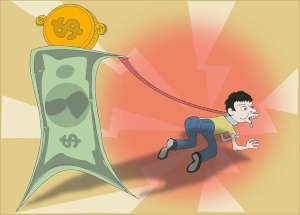 The corporations that are behind this lending are wealthy people. Corporations don’t spend the money on their own businesses, they buy other businesses to make themselves even more money, and of course eliminate the competition at the same time.

After they buy another business, they lay people off to save money. That takes more money out of the system, out of the economy.  All the while claiming it will create jobs. But, in the end there will actually be fewer jobs. And this is how the rich get filthy rich.

The Wealthy Don’t Spend Their Money

Wealthy people invest their money.They buy expensive art to hang on their walls, art that appreciates just hanging there. But, that money only benefits one person. Either the painter, or the previous owner.

The painter will spend the money to eat and surviving. If a wealthy person sold the painting, he will likely invest the money again. That cycle keeps the money from going back into the economy. They don’t spend the money, they invest it!

It never goes back into the economy! Instead, it gets passed on to the family heirs. Consequently, the estate passes tens of millions tax free to their next of kin. As a result, the  appreciation of investments is never taxed. So, when do the wealthy pay their fair share anyway?

Giving corporations breaks on taxes and regulations, only causes the corporations to get bigger. In addition,they do stock buybacks that benefit the corporate heads and board members the most, because they own the most stocks. And they own thousands if not millions of shares of stock!

Regulations Need to Benefit Everyone – Not Just The Wealthy

Everyone needs to think about what they hear nowadays. Giving money to the rich, in tax cuts, never works! Such a small percentage of the money gets back into the system, it is a gift to the rich. Give that money to the poor man and he will spend most of it and save very little. It is a much bigger boost to the economy, always will be!

This is the same effect, that reducing regulations that favor the rich will also have. And for the same reasons. A poor man cannot pay this amount of debt, so he will get wiped out, and lose everything he has. The rich man wins, the economy loses again.

Government Help Site – Not For Borrowers

It is hard to imagine that CFPB, a government help site, set up for helping the consumer, is being rearranged to help the fraudulent Payday lending industry. These same fraudulent practices that have reported to the FTC, time and time again, are now going to get help from our government! It is completely unbelievable, but so is Donald Trump and this whole republican administration.

If you have any questions or comments, please leave them below. I always reply to all comments. Thank you for visiting my site, please come back.

Sick and tired of being scammed, while trying to find a way to earn some money online? I can help you. Anyone can earn a four digit income from your own home, each and every month. All you need is your computer. Create your own business and learn the secret of making money online.

You can work anywhere you desire, travel the world and live the life you want to live. If this  may be something you might be interested in, click the link below and check it out.

Learn the right way!  I want you to be totally skeptical, and you should be! Did I mention it is totally 100% free?

20 thoughts on “Bad Consumer Payday Loans Just Got Much Worse”